8 Myths About The Solar Market

By Christine HannivanApril 21, 2022No Comments 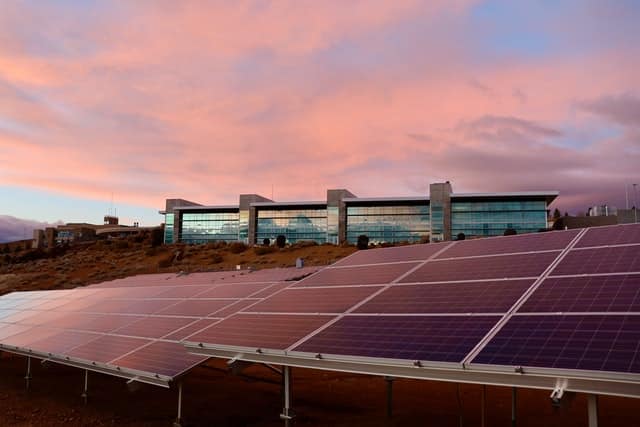 Solar energy harnesses light and heat from the sun as a renewable energy source. Using solar power provides a clean energy alternative for residential homes and businesses. Providing a positive impact on the environment, widespread use of solar energy would reduce the need for fossil fuel dependence.

Myth 1: Social media and the Internet might provide one-sided information, which may not always be correct.

Billions of people log onto the Internet or into various social media platforms daily. Accessing the different aspects of solar power information is right at the users’ fingertips. Logging on is easier than ever. With advancing technology, mobile phone users can find information while on the go. As a seller, the ease of finding incorrect information is a negative aspect to address.

Inaccuracy only hinders the solar power marketplace. Without enough informative and educational articles or content, investors will not consider the positive side of using solar power. More investors and buyers will view the advantages of investing in this renewable energy source by continuously supplying factual data and information for solar power use.

Combating negative or inaccurate data is a great step to providing the right information for potential clients.

Myth 2: The solar market is oversupplied.

Many people do not want to enter the solar market for fear of oversupplying the demand. Like any business, researching areas for optimal results is necessary. A geographical area may currently have numerous solar suppliers. Take notice of solar energy resources available. The current suppliers may not be covering every consumer’s needs or promoting the advantages of solar power in the area.

Begin by asking, “are they the best solar market supplier?” Succeeding will require research, advertising, and marketing to reach consumers or investors who may not know the value of using solar energy.

Each step is a valuable component in reaching others about the value of investing in solar power resources.

Myth 3: Solar panels or cells are not long-lasting.

The misconception is solar panels are not built to last. The fact is most solar systems last for over 25 years. Many solar energy panels come with 10, 25, or 30-year guarantees. Educate investors on the long-lasting aspects of solar energy use. Like any technology or energy source, maintenance and system upgrades are necessary to keep solar systems running smoothly. Dispelling the misconception the entire system will need replacing is necessary to attract people and investors to the solar market.

As a solar installer, it’s important to offer regular system monitoring or inspections and make it clear that repairs or replacements can be done if or when necessary. This will help put many potential customers at ease about investing in their own solar systems, especially since purchasing an entire solar system can be costly and a big decision for many homeowners.

Myth 4: Participating in the solar market is not a viable renewable energy choice for the Northern United States and Canada.

The misconception solar power can only work in southern states and countries keeps many investors out of the solar market. Truthfully, solar energy may work virtually anywhere in the world. Even the dim light hours occurring in Alaska are good sources of solar energy.

While sunny equatorial regions can generate tons of solar energy, it doesn’t mean that other regions can’t produce any at all. Solar panels work in any geographical region on Earth, as long as they aren’t shaded or obstructed by snow or dust. Even then, trimming trees back and ensuring that the system is clean will resolve this issue instantly.

Additionally, if you operate in an area with a net metering program in place, it could be beneficial to explain that homeowners can bank credits over the Spring and Summer months when the days are longer and use them up in the Fall and Winter when their systems will be producing less power overall. Taking advantage of net metering is a great way for people to equalize their electricity payments throughout the year.

Myth 5: Solar energy is only for the wealthy.

Many investors do not inquire about the solar market due to the misconception the investment is only for the rich or extreme environmentalists. Businesses and homeowners are turning to renewable energy sources to help do their part in promoting environmentally friendly choices. The various leasing, loans, subsidies, tax credits, and financing options allow more people to invest in solar energy resources.

If the result is a lowered monthly utility bill, homeowners, business owners, and other investors will decide to purchase solar energy sources. Promoting the buying options will help more sellers show potential investors the availability of solar energy within the area. Along with affordability, showing the environmentally friendly side of solar power investments will help in promoting solar energy and the market.

As of today, solar panels are efficient and effective enough to power most homes and businesses during daylight hours. Any further improvements to the technology simply lower the number of panels necessary for your average install; this will make going solar cheaper at a later date, but if someone is on the fence about investing right now, letting them know that their energy needs can be met today should be enough to get the ball rolling.

Myth 7: Solar panels aren’t as “green” as you think

Many people believe that the production of solar modules produces more emissions than other forms of power such as coal or gas. This is simply not true, and there is no data whatsoever to back up this theory. As we mentioned earlier, solar panels are built to last anywhere from 10 to 30 years. The small amount of “dirty” power used to create them is in no way equivalent to the tons of fossil fuels being emitted into the air from the homes and businesses reliant on them daily.

This myth also doesn’t account for the fact that as the grid gets cleaner overall, many solar panel manufacturing plants are also using clean energy to build new solar modules and components.

While it is true that solar panels only generate electricity when exposed to sunlight, that doesn’t mean that they aren’t a reliable source of energy or dependable. Unless someone plans on installing a fully off-grid solar system, there are two solutions to ensure that the homes of solar customers are powered 24/7.

Nowadays, most solar systems are connected to the grid in what is called a “grid-tied system”. This means that not only does any excess power generated from the system get sent to the grid to be used by someone else in need of electricity, but it also means that homeowners can still use the grid’s power when they need more than their panels are producing, ensuring that their homes are powered as long as the grid is functional.

If a grid-tied system isn’t enough, homeowners can also consider investing in solar batteries to store their excess energy for when the grid fails or overnight when their panels might not generate enough electricity to power their homes. Solar storage is still a relatively new technology but is seeing a lot of growth and improvement as the years go by, making it a viable addition to any solar system, whether grid-tied or off-grid.